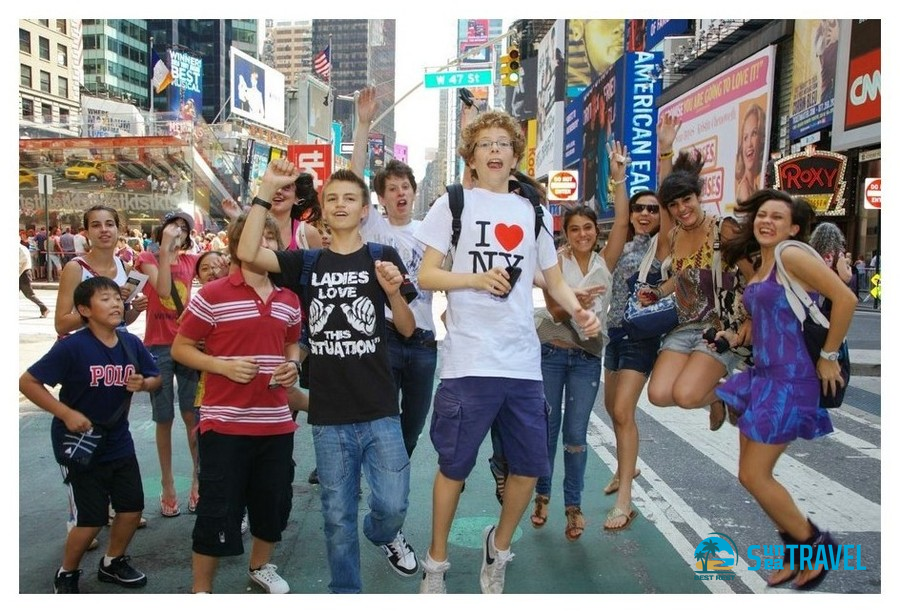 Summer holidays in the USA!

A unique tour that will allow your child to actively and knowingly make an unforgettable trip this summer in the USA!

Children will visit the capital - Washington, the cities of Philadelphia, New York and Boston. Four of the eight Ivy League universities will attend - Princeton, Yale, Columbia, and also, Harvard University!

Children will have the opportunity to ride on the highest roller coaster in the world of Kingda Ka - 139 m with acceleration to 206 km / h in just 3.5 seconds !!!

And of course, swim and sunbathe on the Atlantic coast!

1 DAY New York City | Washington Arrival in New York or Washington. Meeting at the airport. Transfer to the hotel. Settlement. Overnight at the hotel.

3 DAY Philadelphia | Princeton | Boston Tour of Philadelphia - one of the oldest cities in America. You will touch the place where the Declaration of Independence and the US Constitution were adopted, you will see the Independence Hall, the Liberty Bell, City Hall, visiting the garden with sculptures near the Rodin Museum and you will see the impressive colonnades of the Art Museum. Transfer to Princeton. Tour of Princeton. Visiting the famous Princeton University, which glorified Albert Einstein. Transfer to the area of ​​the city of Boston. Settlement. Overnight at the hotel.

4 DAY Salem | Cambridge | Boston | New Haven Sightseeing tour of Salem - a visit to the Witches Museum, with a story about the real process of the 17th century. Moving to Boston. Visit Harvard University in Cambridge - One of the most famous universities in the US and around the world, the oldest university in the United States. 75 Nobel Prize laureates were associated with the university. Harvard University ranks first in the country in terms of the number of billionaires among graduates. Sightseeing tour of Boston - the capital of the entire vast region of New England. Acquaintance with the main sights of the city - Beacon Hill, Staff Capitol, Boston Komon, Quincy Market, City Hall, Trinity Church, a complex of buildings of the Church of Peasant Science, etc. Transfer to New Haven. Settlement. Overnight at the hotel.

5 DAY New Haven | New York | Long Brenche Tour of Yale University, which is part of the Ivy League, is a community of eight most prestigious private American universities, and, together with Harvard and Princeton universities, is the so-called "Big Three". Departure to New York. City tour of New York - you will get acquainted with the main sights of the city: Battery Park, Broadway, Memorial 9/11, Brooklyn Bridge, Rockefeller Center, Radio City Music Hall, Columbus Circle, Dakota (John Lennon), Central Park, Upper East Side, Museum Mile (including the Metropolitan Museum), Fifth Avenue, Times Square. View of the Statue of Liberty, the Chrysler Building and the Empire State Building. And of course, we will visit the territory of Columbia University from the walls of which three US President came out! Moving to Long Brench. Overnight at the hotel.

6 DAY Long Brenche Visit to the beach. Day of rest! Children sunbathe on the shores of the Atlantic Ocean, on the best beach in the state of New Jersey in the city of Long Brench! This is a wide gently sloping white sandy beach ... One of the favorite places for New Yorkers and residents of the whole state of New Jersey! Visit the shopping center and cinema. In the evening, if you wish, visit a real American pier with cinemas where children can watch movies in English and buy presents to parents! Overnight at the hotel.

7 DAY Jackson Visit the Six Flags Great Adventure amusement park in Jackson. It is a unique amusement park in the territory of which there is the highest attraction in the world, the roller coaster Kingda Ka! Its height reaches 139 m and with the acceleration of bogies to 206 km / h in just 3.5 seconds !!! It will be a unique experience and unforgettable impressions! Overnight at the hotel.

8 DAY New York Free time in the city of New York. Visiting the museum If desired, we can visit the American Museum of Natural History in Manhattan, where children can touch the history of the United States. Also in the walls of the museum were filming the famous Hollywood film - Night at the Museum, in the plot of which the museum's exhibits come alive and the brightest is the skeleton of a dinosaur that is located in the hall of the museum. After visiting the museum, it will be possible to walk along the paths of the most famous Central Park in New York. Departure to the airport. Departure home.