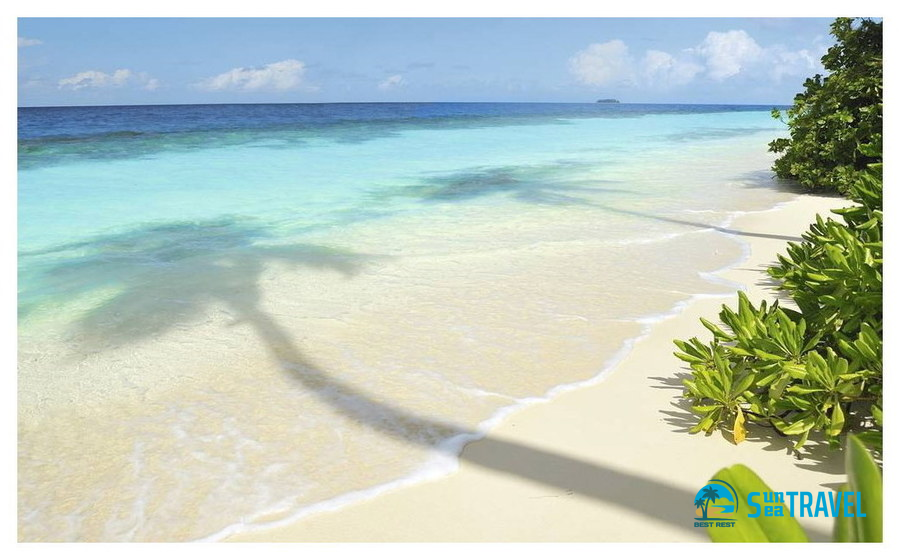 There are practically no tourists in the capital, there are no paradise beaches and snow-white sand, but there is a seaport where the water is very dirty. Local people very much litter the coastal zone in this place. The city's area is only six square kilometers, and the population is over 90,000 people. There are very dense buildings and very narrow streets. On the islands, nothing grows, except for bananas and coconuts, so there are a lot of them and they are cheap. For about $ 6, you can buy about 50 large and good bananas. Coconuts are even larger here, even a law has been passed that every resident must have two coconut palms, so that in case of isolation from the outside world he does not die of hunger. Also here are inexpensive sweets sold in the form of tubes "bundi", which are twisted from coconuts and very sweet. In addition, local people eat tuna in large quantities, because here it is caught about 180 tons per year. There are so many fish in the ocean that even bait is not needed for fishing.

In the center of the city is Independence Square. Most people who come here to rest, have never been to Male, and the few who are here, do not stay long. From the capital you can reach the 2 nearby islands of Guli and Maafushi by ferry.

The island of Guli is an illustration of how the locals live here, not tourists. It's cleaner here than in the capital, and a lot less people. All the houses are small in size, built of coral limestone. On the island there are no cars and other vehicles, and children do not have normal toys. At the height of the day, all the men lie in hammock chairs and look at passers-by. Instead of wooden benches, comfortable hammocks are everywhere. The main place of work of the majority of inhabitants is fishing. Men go fishing early in the morning and late at night, which is why, in the middle of the day, they rest in the shade. Those who do not fish repair boats. There are no more career options here. The salary of a good carpenter can reach $ 400 a month, it is considered a very decent earnings. If the Maldives begin to earn well, they do not spend money on various jewelry and cars, and buy an expensive mobile phone and real branded glasses to show their status. Most indigenous people are never selected for neighboring atolls, because traveling by ferry is expensive for them, so many Maldivians do not know how beautiful their homeland is.

In the Maldives, there is another very exotic profession, this is work in a warehouse of aquarium fish. Basically, they bring here fishermen. Pisces have a colorful coloring, which speaks of their inedibility, so you can either release them back into the sea or hand over to merchants and earn some money. Fish sorted by species, for this it is not necessary to be an ichthyologist, they are simply added by colors, and large sea stars are distributed to individual aquariums. Further, the fish are shipped in bags of sea water, they are transported only in packages, because in a solid container the fish can be injured. Then oxygen is added to the bag from the cylinder and packed in foam boxes. Instances that survive moving to Europe or America will cost ten times more than there.

On the island of Maafushi, the local population, too, is mainly engaged in fishing, but here they hunt for it with the help of a spear. Scuba diving is prohibited here, because if a person hunts, holding his breath, then this is considered an underwater hunt, and if with scuba, then this is poaching. Visibility in the water is just perfect, about 30 meters, and you can clearly see all the fish, but catching it is not easy.

Maldives is an Islamic country, so alcohol is banned here and it is sold only in hotels for visitors, but tourists and local enterprising residents have found a way out of this situation. By law, alcohol can not be sold where the Maldivians live, so these businessmen sell it from a floating bar, not far from the shore, to which tourists are delivered free of charge by boat. The assortment consists of 5 kinds of drinks, vodka, wine and three kinds of whiskey. A bottle of vodka costs $ 100, whiskey $ 135, beer $ 7. The life of the indigenous population is significantly different from the rest in the Maldives, but it is possible, relatively inexpensively, to live in an exotic country.